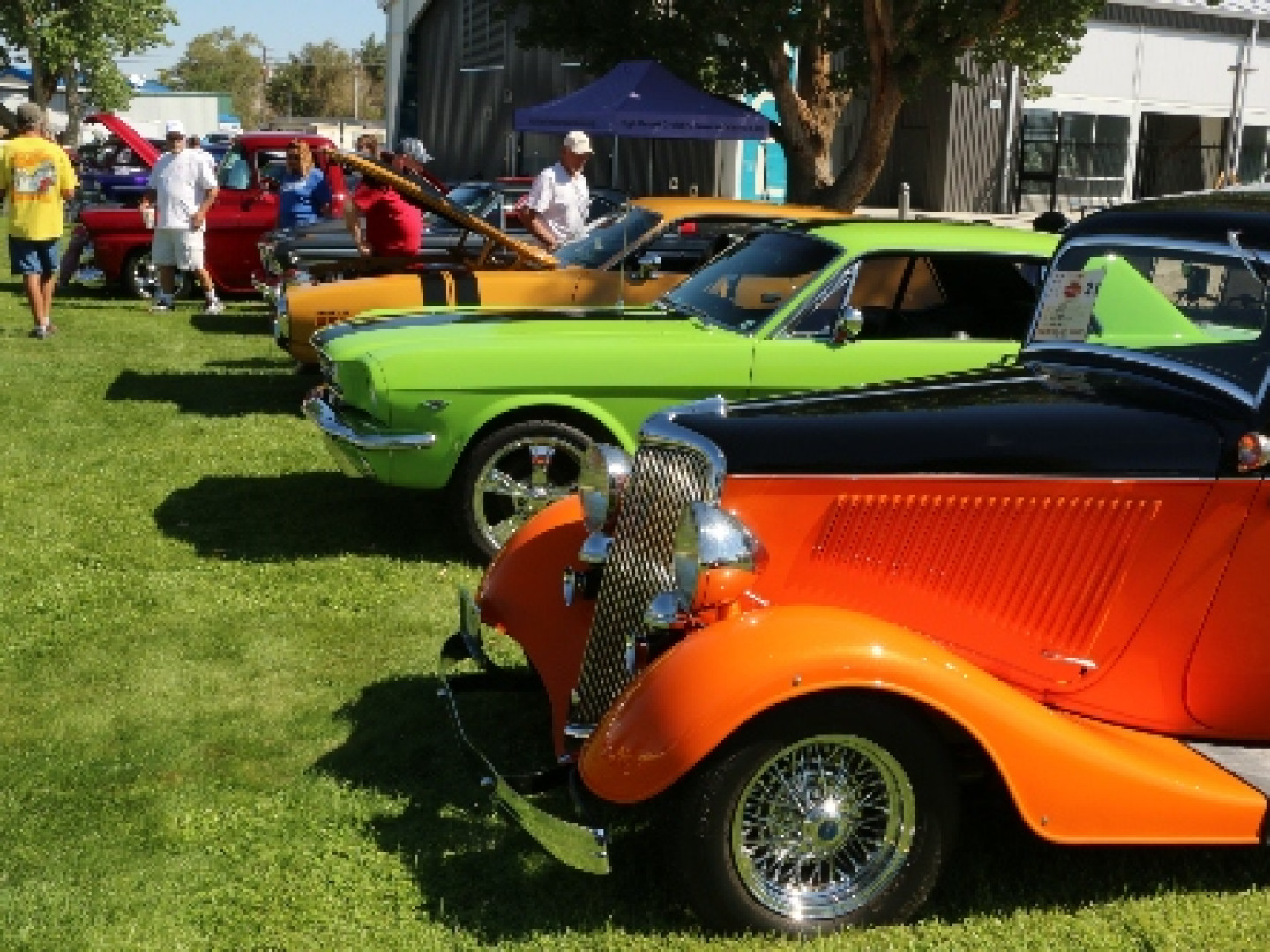 The Battle Mountain Burners host their annual Show and Shine each August at Battle Mountain's Elquist Park. Come enjoy a beer garden, vendors, a poker run, kids' games all day and a drive-in movie that night. There are always lots of raffle prizes, DJ music, and fun for the whole family. All car makes and models are welcome to join, or come see as a spectator. 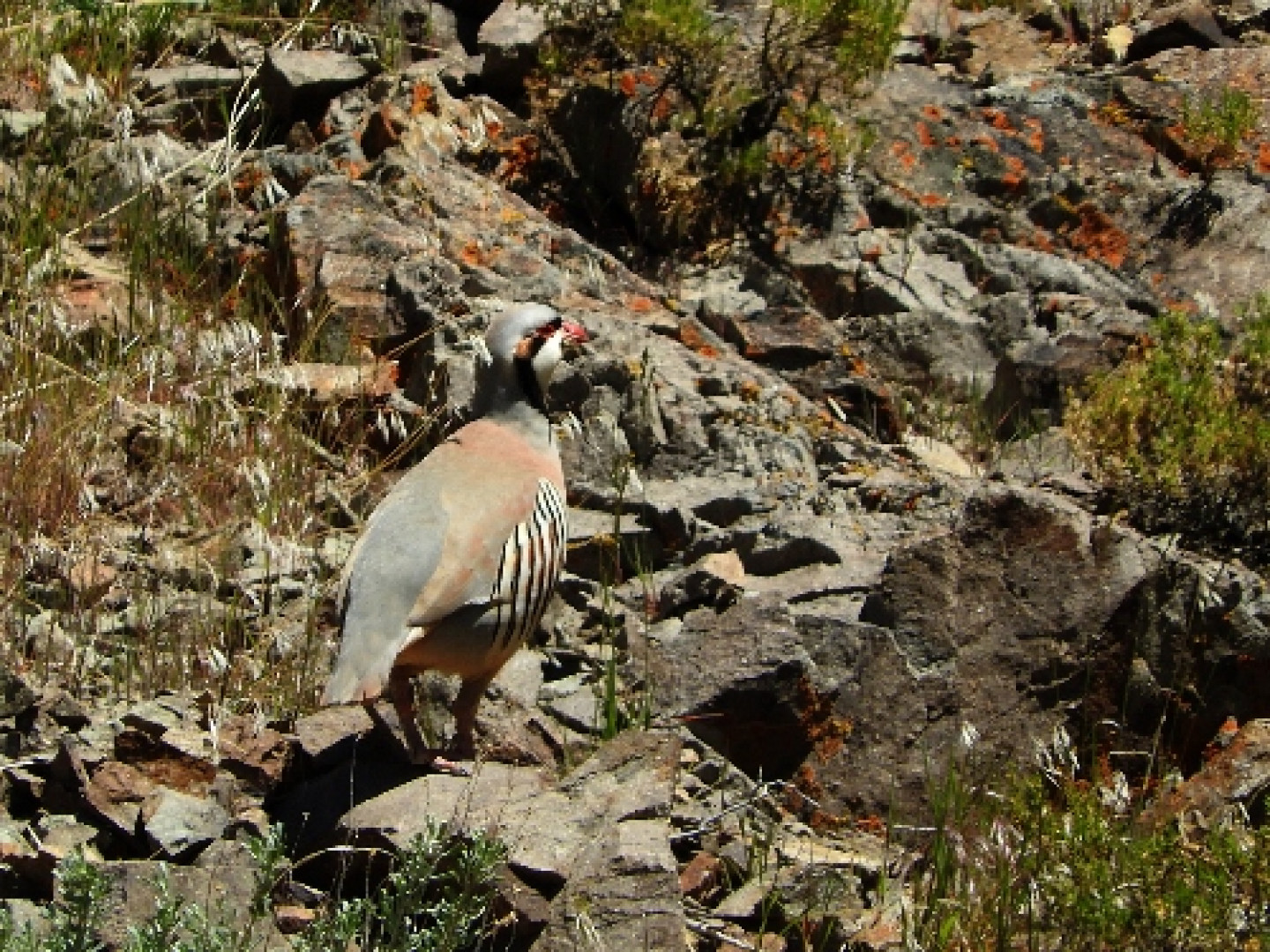 There is something about Nevada's November air that makes people crave a hunt. Maybe it's the joy of spending time in the hills with a beloved bird dog or seeing which member of your family or friends can get the most birds. Whatever the reason, come Join other hunters as they gather in Battle Mountain Nevada the first weekend in November for the Annual Battle Mountain Chukar Tournament.
Hunters must check-in on Friday night from 5-9 pm to receive your bag and details for bird preparation. The hunt takes place at sunrise on Saturday with check-in from 3:00 to 5:00 pm. All rules and regulations of the Nevada Department of Wildlife must be followed. Only birds harvested on the day of the hunt are eligible so the chukar preparation changes every year. The contest follows a random weight structure to achieve the top three prizes. There are also prizes for each category 0-6 birds with a limit of 6. Huns are counted as eligible towards the limit.
With every hunt ticket purchased you will get a hat and t-shirt unique to that year's event. You will also receive an entry for the biggest prize of all ...a brand new UTV! At the end of the night, one lucky winner will drive away with their very own UTV (winner must pay Nevada sales Tax).
Besides the thrill of hunting birds deep in Nevada's outback..., you'll get to have a night full of games, prizes and a hearty steak dinner. Fill your stomach with some of the best dinning Northern Nevada has to offer. Professional chefs and wait staff are there to serve you. You can also buy a special beer glass and enjoy our bottomless keg.
We have several games and raffles where you can win incredible prizes. No expense is spared. You could win anything from camping gear, hunting equipment, any many other brand named items not to mention guns! Almost every game, contest and raffle has a gun as the top prize. In 2019, 22 guns from pistols, rifles to shotguns were available to win. And that is not including the 20 guns that come with a reserved "gun" table. Get a group of 8 together and you can reserve a table with a shotgun included, we'll let you decide who gets it.
Also during the night, there will be a few auctions where you can bid on unique items. Proceeds stay within Lander County to assist our local non-profits and to promote our local tourism.

Due to our Governors restrictions for COVID 19 we can not have groups more than 50, so we have had to cancel this year's event. We will be back better than ever next year on 11-6-21. Until then stay safe & Healthy! 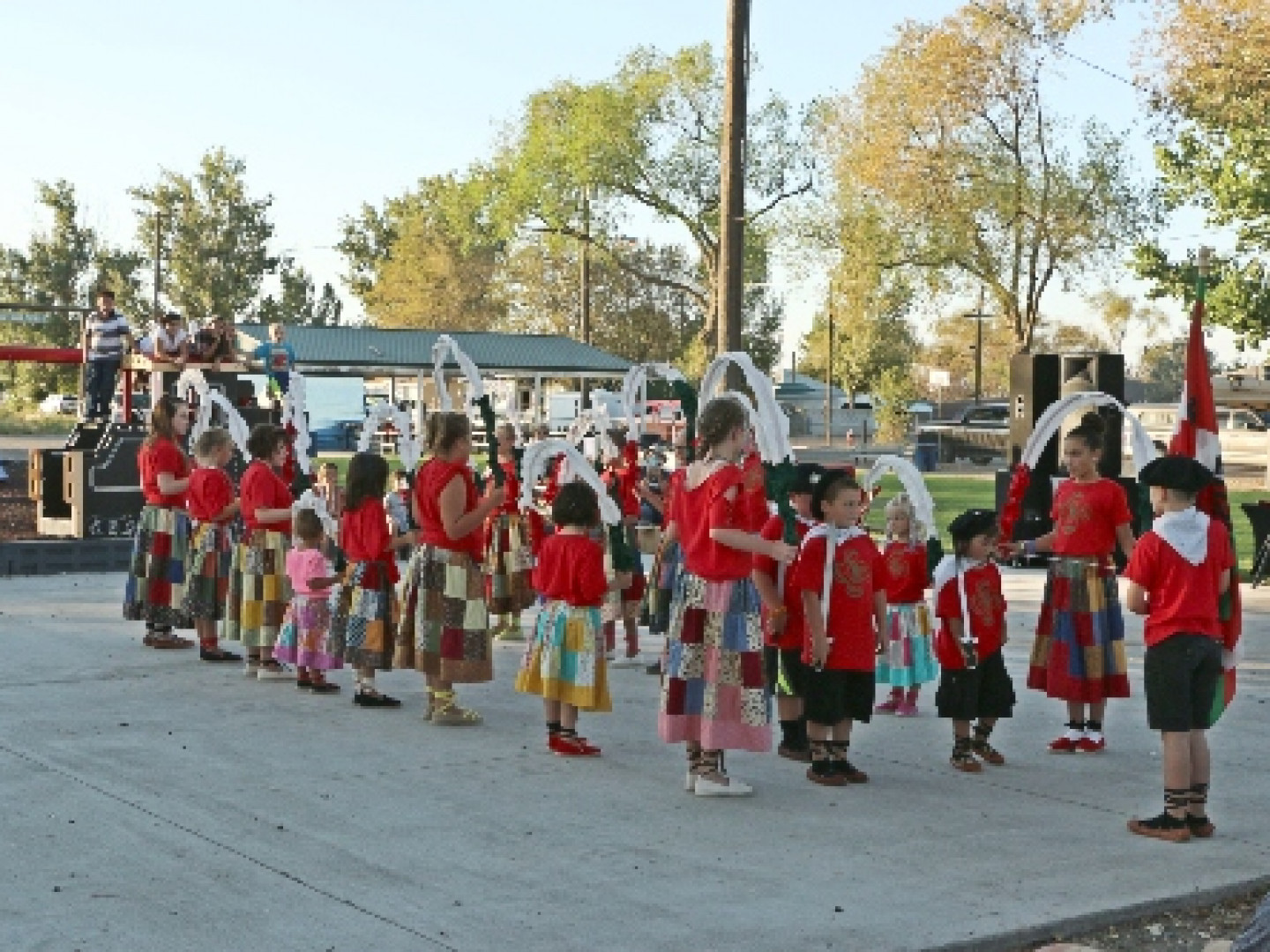 During the past Century, Battle Mountain has become a second home for many immigrants from the Pyrenees Mountains and their second and third generation families. Each January they celebrate their heritage with a festival that features a hearty Basque meal as well as dance performances by the Oberenak Basque Club Dancers. The club also invites the public to a picnic each summer that includes a rich helping of traditional foods, Basque games and more dancing. You want to be a part of this rich cultural event.
https://nabasque.eus/battle_mountain_club.html 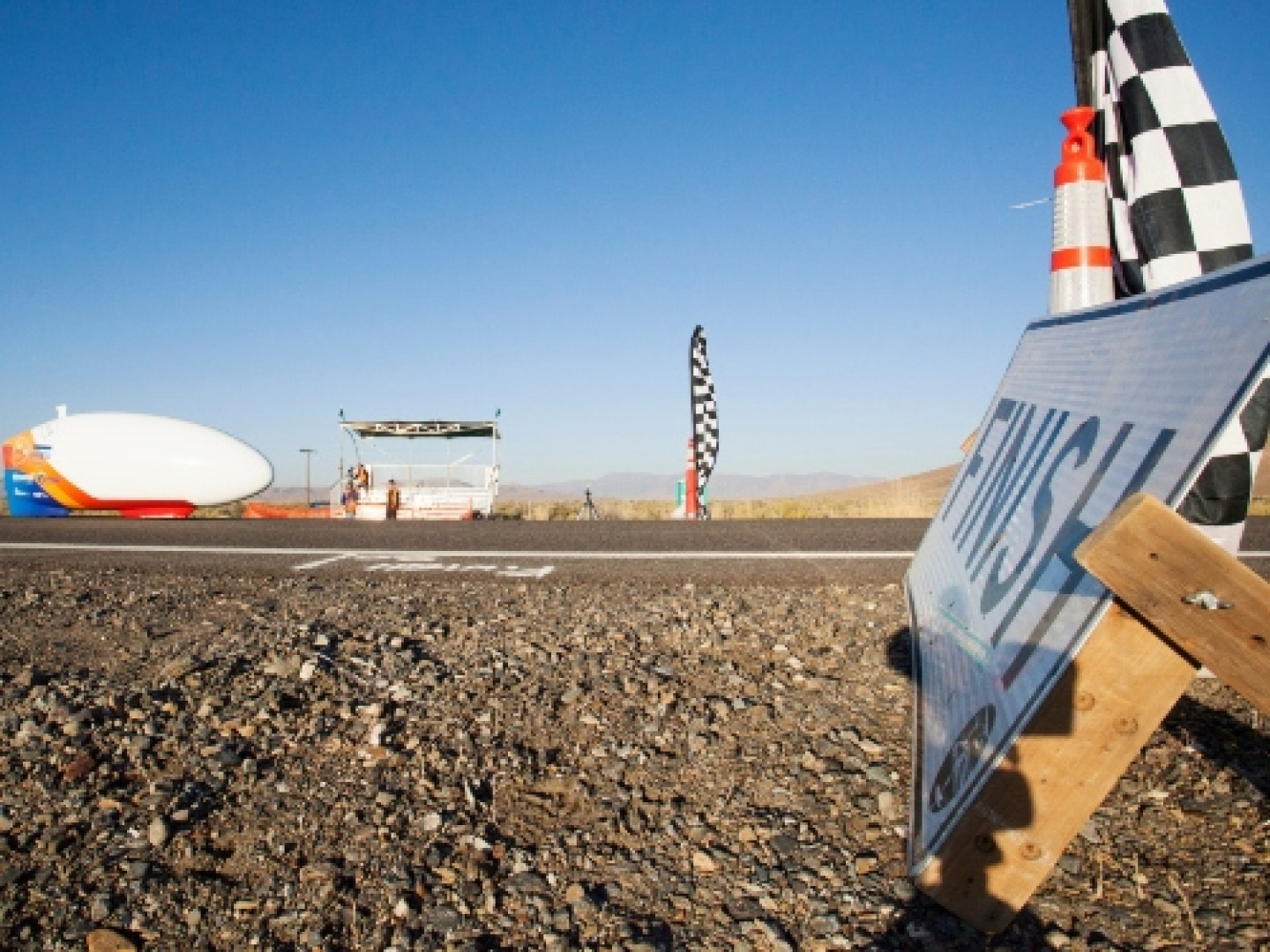 The annual World Human Speed Challenge (WHPSC) is held in early September every year on the tabletop flats of SR305, south of Battle Mountain, Nevada.
The world's fastest humans from around the world, including Australia, Canada, England, France, Italy, Japan, Mexico, Netherlands, Russia, and Scotland will attempt to break current land speed records-on a bike.
Highway SR305 just south of town possesses the unique traits necessary for these highly engineered
bicycles to achieve top speeds.
The 4,619 ft (1408 m) altitude road allows riders an acceleration zone of over 4 miles, enabling bikes to reach their maximum velocity before being timed over a 200 meter distance,
To understand these bikes. Forget the one in your garage. For the most part, these cycles are reclining recumbents, with the pedals and gears way out front.
Riders are wedged into fiberglass or other composite shells that are only as wide as their shoulders. To keep the speed bike as aerodynamic and as low as possible, a few designs eliminate windshields. Riders steer by looking at a TV monitor about the size of a recipe card. Handlebars are just that: wide enough for two hands, with compact controls for gears and brakes.
Riders are sealed into the aerodynamic wedges with tape. Faring's cover the rider and all but one or two inches of bike tire. Usually there is only one small opening for a breathing tube and a cigar sized opening for the camera lens.
The high altitude and arrow- straight section of payment has drawn athletes to Lander County since 2000.
At the 2016 event, Todd Reichert-riding for a team from Toronto, Canada called Aerovelo-pedaled to a blazing new speed record of 89.59 mph. Sarah Piercy - Women's Arm Powered (Multitrack): 24.85 mph; Florian Kowalik - Men's Junior (Age 15 to 17 years): 62.69 mph , 63.86 mph & 65.93 mph; Gareth Hanks - Men's Multitrack: 73.95 mph.
Spectators are welcome to this free event each morning for qualifying runs. The commuter bus leaves the Battle Mountain Civic Center each day 4:45 pm and returns around 7:30 pm.
Bleachers are located at the timing traps for maximum speed thrills, or those curious about the riders and vehicles can wait in the "catch" area to see the racers assisted from their speed bikes.
As part of the weeklong event there is a Show & Shine Event at the Battle Mountain Civic Center on Tuesday of that week.. Students ,teachers, and members of the public are invited to this meet and greet with some of the participants and their bikes. Additionally, drag races are held on Friday at noon by the High School parking lot. We invite members of the public to test their metal on their own bicycle against some of the world's fastest humans.